Although Ciner Group continuously considers successful examples in the sectors in which it does business while determining its strategy, it aimed at creating different one instead of imitating them and using this process as a creation process rather than a planning process.

Our forecasts for the future focused on directing the future properly and correctly. Our vision and mission within this scope is to become successful by abiding by our common values which comply with our fundamental principles and that we adopted with all of our employees.

Ciner Group, which is continuously searching after change and innovations, aimed at becoming the best of its field in the sectors in which it does business in the world and within competitive conditions we live. To that end, it gave great importance to training planning within and outside the group with the awareness that the staff having highest knowledge, continuously developing their skills, and closely following and examining technological developments can be developed via training in its human resources policy. As a result of this, the efficiency obtained in areas in which we do business exceeded the scale that was created in the same sectors until today.

Ciner Group employs the most qualified labor of Turkey in many areas. 'Specialized labor' is one of the most important principles of human resources policy of Ciner Group from energy to mining and to each area of media in all subjects. The workforce that Ciner Group has currently consists of qualified employees who have high educational level and became professional on their fields.

Ciner Group, which undertook an important mission in resolving employment problem of our country in parallel with target of “Labor of 50.000 People”, will continue to direct the human resources that it created thanks to its strong policies until today and to create added value for Turkish economy. 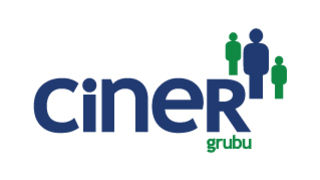